In prototype and planning stages for years, Diamond Age has just finished development of armor plates with bulk diamond strike faces, marking the most significant innovation in hard armor technologies in decades.

Boron carbide is an excellent armor material with a decades-long history of use, but bulk diamond effectively renders it obsolete. Bulk polycrystalline diamond tiles are many times harder than boron carbide, many times tougher, many times stronger, and, ultimately, have a firm performance edge. 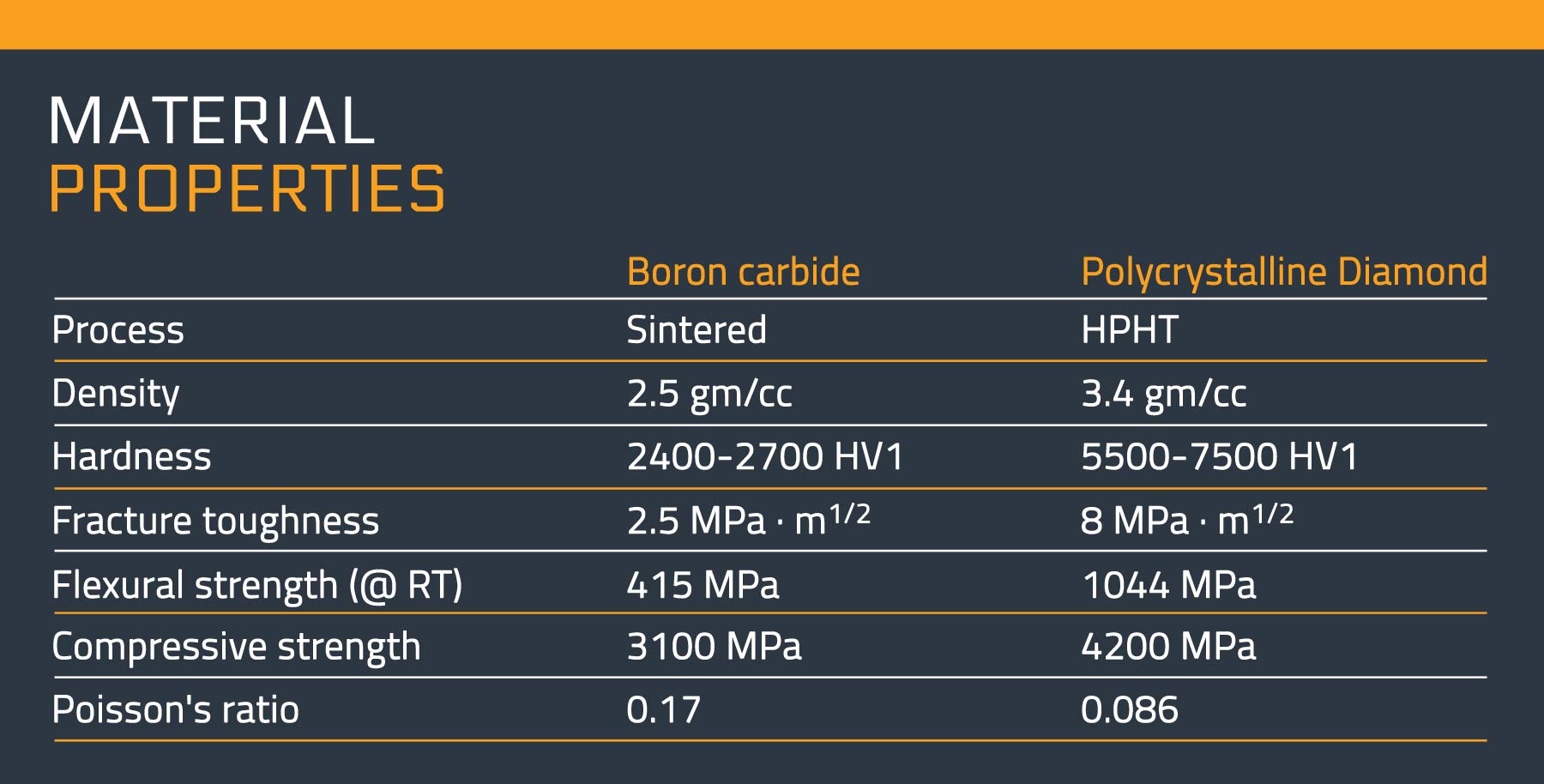 In armor, the word “performance” is usually taken to mean performance-to-weight ratio — and here it should be noted that the utilization of thin diamond strike faces enables the production of plates that will stop rounds such as the 5.56x45mm M855, at muzzle velocity from a 20″ barrel, at areal densities as low as 2.8 psf, and thicknesses around 0.5″.  This means 10×12″ plates that weigh well under 2.5 pounds, and are “Level III+” in every sense of the term.

Bulk polycrystalline diamond tiles are also significantly tougher than ceramic tiles.  This means, in practice, that they are highly damage tolerant and resistant to gross fracture, even if subjected to rough handling and use.  The toughness of these diamond tiles also makes for exceptional multi-hit performance.  In one test, a small test panel withstood five M855 impacts at >900 m/s.

The new, strongly patented diamond plate technology from Diamond Age is, in short, a revolutionary advance in body armor technology.  It enables armor plates which are roughly half as heavy and half as thick as the current best Level III+ plates, but which perform just as well, and which are obviously superior in key respects such as toughness and multi-hit performance.

Diamond-faced armor plates are currently available on a bespoke/custom-order basis. Contact us to learn more.  We are currently working with our partners on larger-scale commercial development.